No item to Cart

No item to Wishlist

No item to Cart

No item to Wishlist 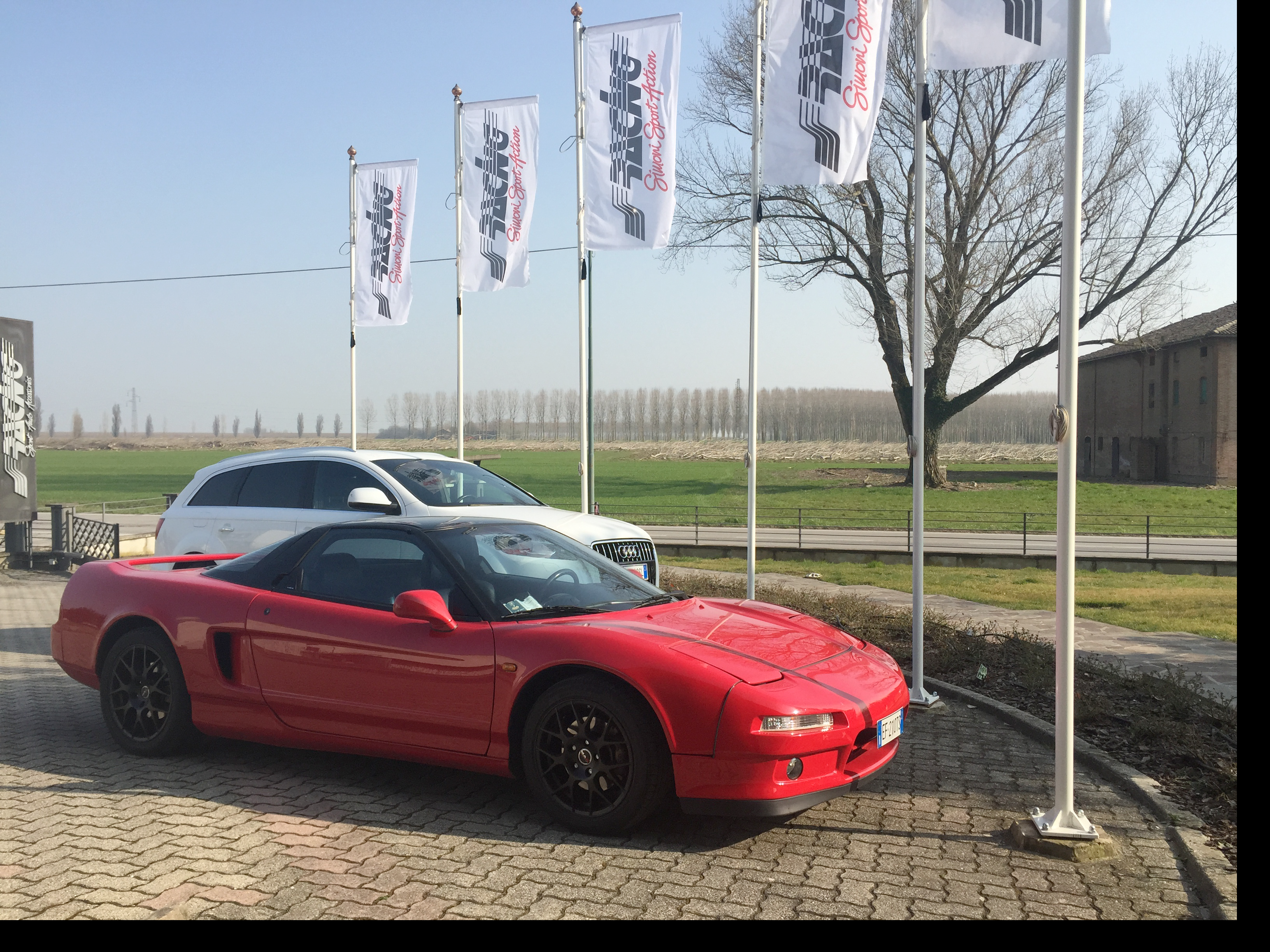 More than a car: a project born for marketing but who wants to give satisfaction with the chrono...
The most extreme customization of Simoni Racing, in collaboration with the best brands in the industry. Enjoy a preview of these pages, before find it on the best tracks in Europe!

Simoni Racing NSX Project debuted in 2016 at the legendary Monza circuit, filmmaker and actor the Team Cambiocorsa famous for its “race” projects that describes the project: "We started from the concept of "zero" that at the time of the Second World War was considered the best fighter in the world; his fame comes from the fact that combined excellent handling at very high fuel range economy.
The chief design engineer of the time believed that the requirements could be met only by making the aircraft as light as possible; It was so applied every method available to save weight, and that's exactly what we did.
We have worked towards one direction: make the car as light as possible ... and fast obviously! "

HOW IT IS MADE
The starting point chosen for the Simoni Racing project is a Honda NSX 1993.
When the NSX was developed for the first time, the objective of Honda was to achieve the performance of noble European sports cars and also to approach them in the aesthetic style, especially the Italian's.
The NSX was supposed to unravel many of the technical solutions from the program Motorsport Honda and in fact was the first production car with innovative technical solutions: the chassis, suspension and car body made entirely of aluminum.
After studying the style and performance of Ferrari and Lamborghini the engineers planned the Honda NSX looking for a perfect balance between power use and reliability, which is why they produced a powerful naturally aspirated engine with VTEC technology.
The main resource of Honda, however, was the pilot Ayrton Senna, which at the time had already won three championships in Formula 1, which convinced the engineers to stiffen the chassis. 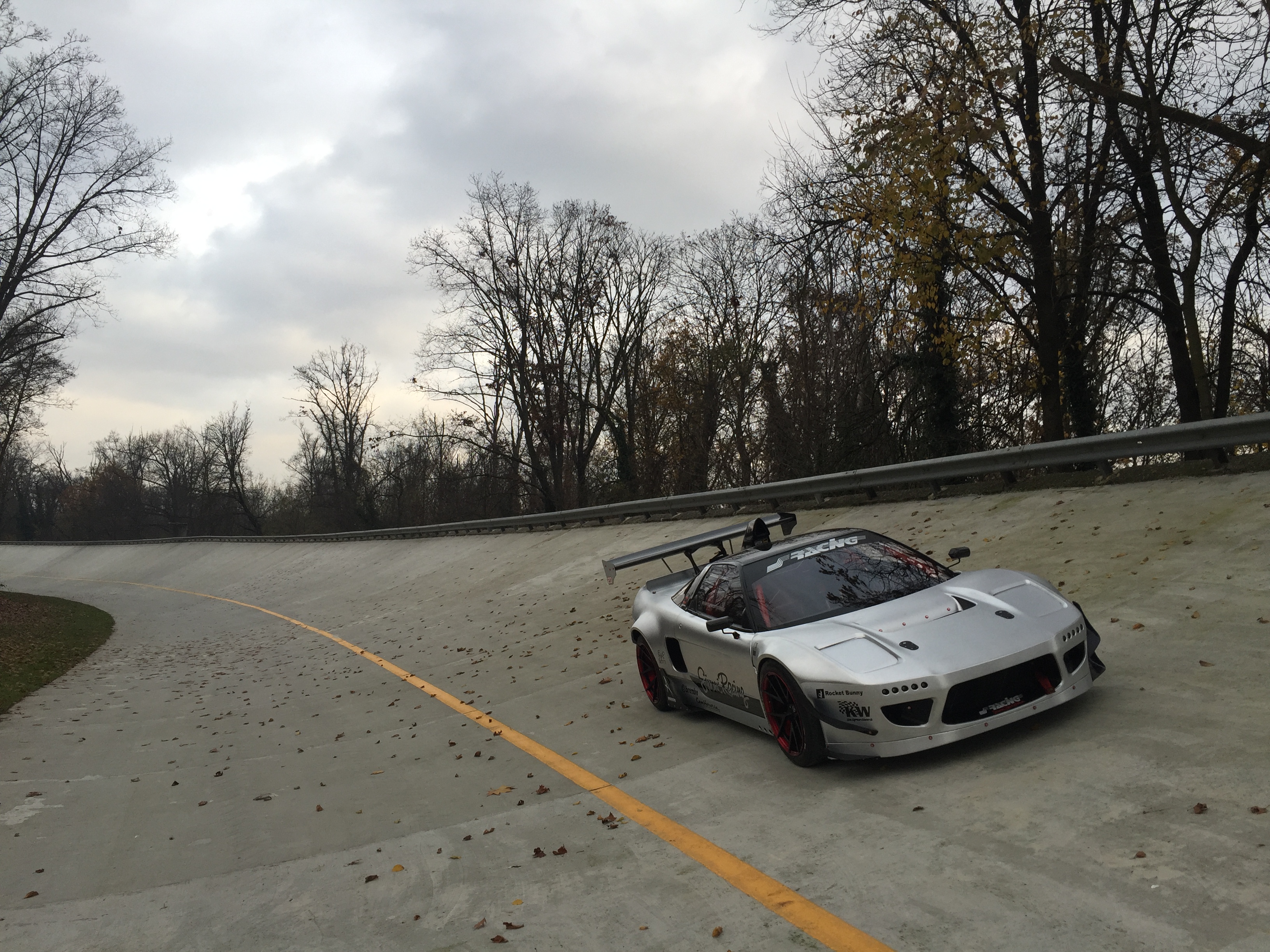 The body of Simoni Racing NSX project has been completely replaced with the wide Rocket Bunny body kit and brought to a total width of 192 cm at the rear, it was fully-wrapped by Airphix Custom Studio with Simoni Racing film “Frozen Chrome” to accentuate the meandering of the chassis.
Frontally stands out the hood, made in a single piece with the bumper, which opens cantilevered freeing the space for access to the tank, which is also fully reconstructed and housed between the front suspension for a better balance of the weights.
All windows, including the windshield, have been replaced by lighter Lexan. The chassis has been  cutted in the rear of 20 cm.
On the back stand out the tail lights, are completely reconstructed using technology LED by Simoni Racing. The engine wiring harness and race electronics was mapped by Evosystem uses the standard engine with six-thottle air intake body driven by Drive by Wire system, with a custom exhaust that makes a creepy sound.
The exhaust sound is important and when accelerating from a standstill, at the closure of the throttle, the intake sound effect recalls the real race car in the 90's.
Finally the 18” forged wheels feels comfortable staying in 4 Slick Michelin that have Grip to sell

DRIVING SENSATIONS
It's a car crafted for the track with a setting of extreme driving, very low. Everything is all around you with minimal center console, few buttons allows the switching on and switching off the engine and headlights, also a nice "knob" allows the selection of 3 engine maps for the ideal use in every situation.
When you are seated the view is limited in the front, but the rear visibility is next to nothing, so the installation of a back view cam has solved every absence.
A car that everyone turns to see. Is impossible not to notice it because with its soft contours hypnotizes you and with its sound reminds that besides being beautiful, but also terribly fast.
Driving it is like freeing a wild animal from the cage.
No need to say more: just have 312 horse power on a car that weighs just over 1000 kg, completely free of controls, has direct and perfect steering, it requires great caution and is mandatory firmly grip on the Simoni Racing steering wheel "X2 Competiton" with two hands since it tends to follow the trend of the asphalt. We're talking about pure driving, old racing stuff, for real drivers. 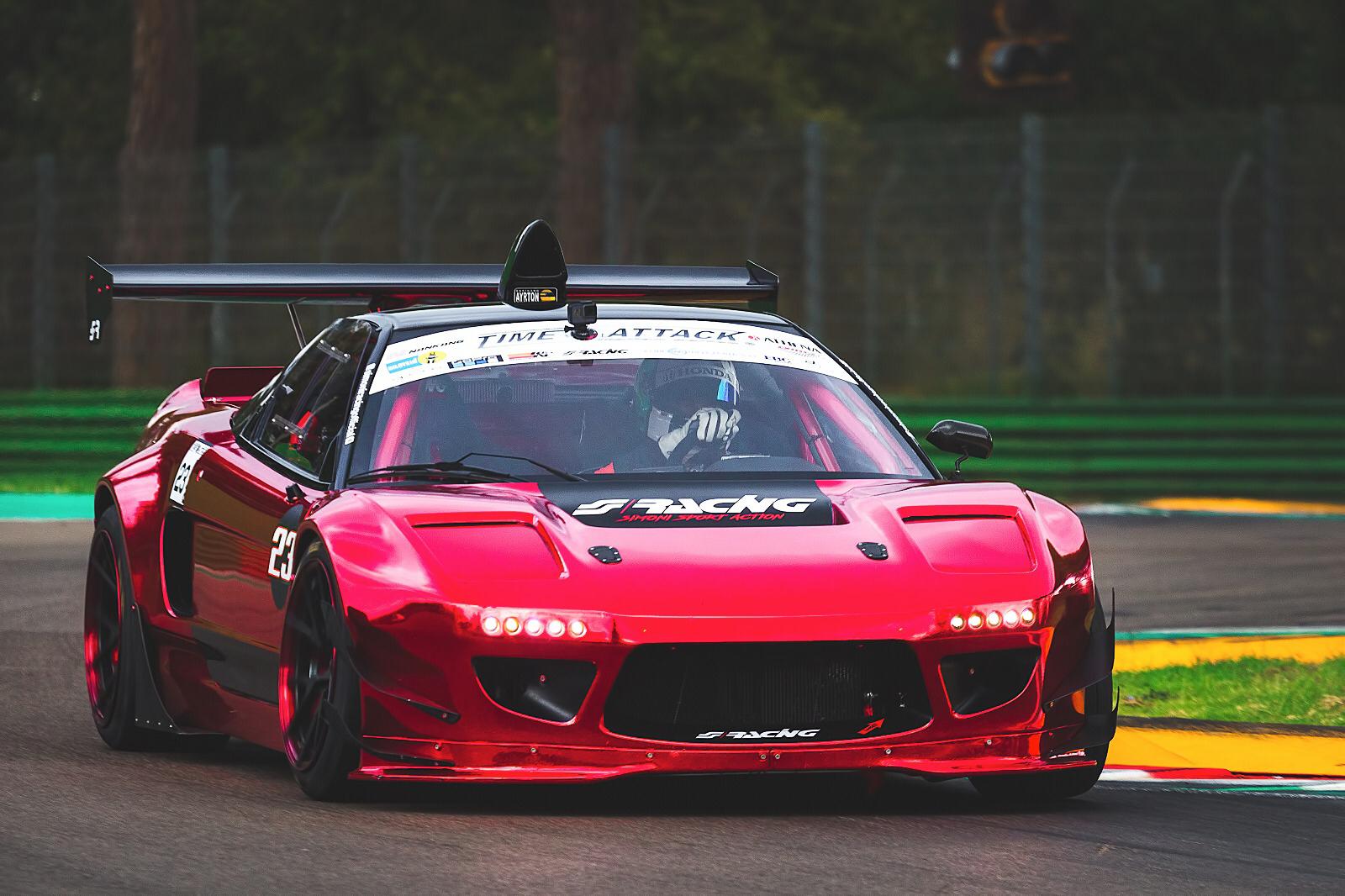 THE DRIVER
"Speed is a state of mind and it is the only important thing."
Word of one person who has spent 12 years on tracks around the world competing in the more famous one-make championships. Alan Simoni in recent years has improved his driving skills by adapting to different types of cars discovering all the variables that contribute to achieving the perfect lap, which "does not really exist," he confesses in a low voice.

This site collects anonymous statistical data on navigation, through cookies installed by authorized third parties, respecting the privacy of your personal data and according to the rules established by law. By continuing to browse this site, by clicking on the links inside it, you accept the service and the cookies themselves. To learn more click on the "Information" button